This Saturday, Government relaxing of the rules here in the UK is going to feel like a day to celebrate for many. But as one of the approximate 2.2m people who have been classed as ‘high risk’ and more or less confined to our homes since March under the guidance of our medical teams, it’s going to be a day to hit that ‘airplane mode’ button.

I’m not being selfish, I’m happy for you

Genuinely, I am happy for everyone. It’s light at the end of the tunnel, a much-needed boost for the economy and an even bigger shot in the arm for the country’s mental health. However, for those of us who have been shielding, it’s going to be extremely painful.

Whether it’s seeing your friends taking photos of pints at their local, your sister getting her hair cut whilst you resemble something more like the penultimate figure on the ‘Evolution of Man’ or simply your close family having a BBQ whilst you sit inside. Again. On your own. With nothing but the TV and it’s threadbare programming, your phone and damn social media.

The two most personal things for me are seeing my parents with my gorgeous nephew, whilst my 18-month-old son, who hasn’t been able to play with another child or anyone other than his mum or dad since the start of March, is stuck shielding with me.

The other will be seeing my rugby team start training again on Saturday. Before lockdown, it was my goal to try and get my health managed well enough that I could at least join in with the pre-season fitness but having very limited opportunities to move and even less medical support, it’s meant that goal is further away than ever, regardless of shielding.

Don’t be angry, try and understand. Even better, support.

So if I or somebody you know who is shielding goes quiet for a few days, maybe even a week or two. Perhaps they mute that Whatsapp group or don’t engage with that Facebook post you tagged them in. Don’t be angry with them.

They are not jealous or bitter and certainly don’t use words such as ‘miserable’ or ‘unsociable’ when trying to trigger a response. It’s more likely that they are depressed and upset and removing themselves from the situation for a few days is a way of us reducing the pain. Minimising the risk of hurt.

Your friends and family that are shielding right now need you more than ever come Saturday. They might appear distant, quiet, reserved but it’s self preservation.

I’m not asking you to not share your celebratory moments in this coming week. After all, everyone deserves that pint, trip to the beach or haircut after this year. But for some of us, it’s not even close to being over yet. We’re weeks, most likely months behind that curve. People could be on holiday in Spain in a few weeks time and I’m still not allowed to pop in my local Tesco, see my mum, let my boy go to nursery. It’s going to feel like a chasm between the healthy and the sick.

Check-in on the shielded

So don’t bait, goad, tell them to ‘man up’ or to stop being selfish – ask them if they are ok, drop them a message, see if you can get them anything. They might not reply and it might not stop them going off the grid for a few days as I plan to do (Facebook and IG news feeds at the very least, anyway) but I promise you they will appreciate it.

Seriously, speaking from personal experience of these last 4-5 months, that check-in might even be the difference between them getting through the week and a mental health crisis. Remember, these people are not just living under house arrest, they are living in fear of their lives from the virus and many have seen their health deteriorate due to treatment pauses.

They are making these sacrifices and shielding for a reason. 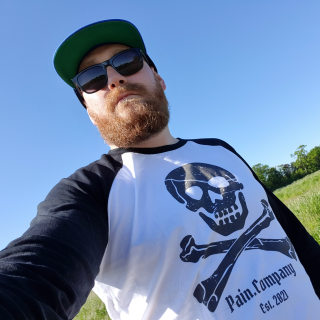 Joel has lived with numerous forms of arthritis most of his life, with the onset when he was just 11 years old. In 2019, Joel created his blog, JoelvsArthritis to share his experiences, raise awareness and to be an advocate for those with arthritis and other autoimmune conditions. In his short writing career, Joel has written for a number of leading autoimmune and disability charities and is a community advocate and writer for Psoriatic-Arthritis.com. Read his arthritis story here: https://joelvsarthritis.co.uk/my-story

Help keep the lights on!

Buy me a coffee